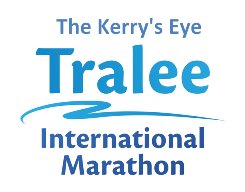 My parkruns and cross country so far in 2015 were fine in themselves, but they were all part of a greater plan. I’ve entered the Tralee Marathon, taking place on 15 March.

Tralee is my home town, and ever since the first edition of this race in 2013 I’ve wanted to run this marathon. What’s more, I’ve heard only good reports about the organisation and atmosphere of the event.

If I’m honest with myself, another motivation for running this marathon is my rough experience at the 2014 Dublin Marathon last October. I had trained and raced well all summer, but then on race day I had a shocker – I blew up with ten miles to go and finished half an hour outside my target time. While I was happy to have hung on to finish with a decent time of 3:38, a part of me felt disappointed at my poor showing. Tralee isn’t going to be a PB chase – I just want to have a more enjoyable marathon than I had in Dublin.

So, a spring marathon for me – my first since a great run at Paris 2012. For fear of a Dublin hangover I’ve prepared myself gradually. Notwithstanding my PB-setting 10K in November, I took the post-Dublin month to recover and return slowly to running.

My post-marathon slump continued into December, but by then I had already thought of Tralee the following March. So, I used December as a tentative base-building period, with a view to taking my training one month at a time. A good Christmas rest got me feeling refreshed for January and those fast short races to build up speed and strength. February training has gone well too, and last October’s Dublin Marathon seems like a long time ago.

So now there are less than three weeks to race day in Tralee, which means I’m tapering already. I feel well-prepared physically and mentally, and quite relaxed about the prospect of a marathon in 20 days time. Also, as my previous eight marathons have been in the big-city races of Paris and Dublin, a less-crowded event and a mostly rural course will be a refreshing change for me.

Back in the game, baby!

This entry was posted in Marathon, Tralee and tagged running. Bookmark the permalink.